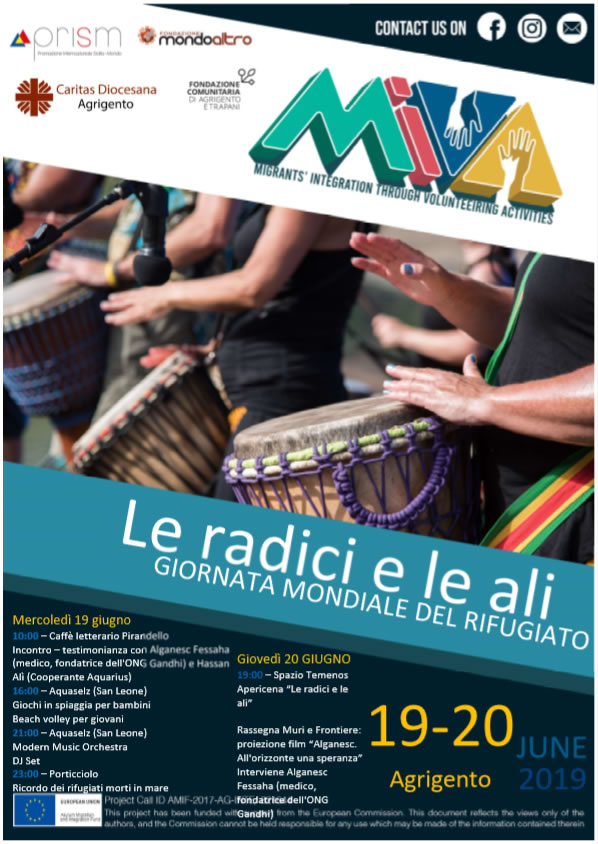 People all around the world honour the courage and strength of millions of refugees, including children, women and men who are forced to flee their homeland under threat of persecution, conflict or violence. On the occasion of the World Refugee Day, PRISM in cooperation with “Caritas Diocesana Agrigento”, “Fondazione Mondoaltro”, the “Fondazione Comunitaria di Agrigento e Trapani”, the association “Mediamondo”, has realized a 2-day Intercultural Festival “Le radici e le ali” where people of all ages have been engaged in various cultural, social, educational and sport activities.

The event has been opened on the 19th June morning with a meeting with Alganesh Fessaha, the founder and president of the NGO Gandhi, an Eritrean-Italian human right activist, who has been several times awarded for her determined work, saving thousands of lives from abuse and torture in the area of Sinai Peninsula, Libya and Sudan. Later on, during the afternoon, children and teenagers have been offered various free time activities including games and sports. In the evening, a wider the audience of people have been enjoying the concert of the Modern Music Orchestra and various DJs. At night, a commemoration moment has been held by the sea, remembering the tens of thousands of lives that has been lost while trying to reach a safe land in Europe.

On 20th June further intercultural encounters have been happening through a common buffet and the screening of the documentary, Alganesh: A hope on the horizon. The audience has been deeply touched by the experience and the discussion held with the activist.

The festival has been implemented in the frame of the project “MIVA – Migrants’ Integration through Volunteering Activities” and co-funded with the support of the “Asylum, Migration and Integration Fund – AMIF”. The awareness raising and intercultural activities realized during these 2 days were aiming to further promote the active citizenship of people through intercultural dialogue, volunteering and solidarity actions, to protect the universal human rights and supporting the integration of refugees. 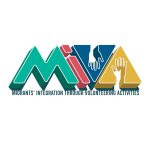