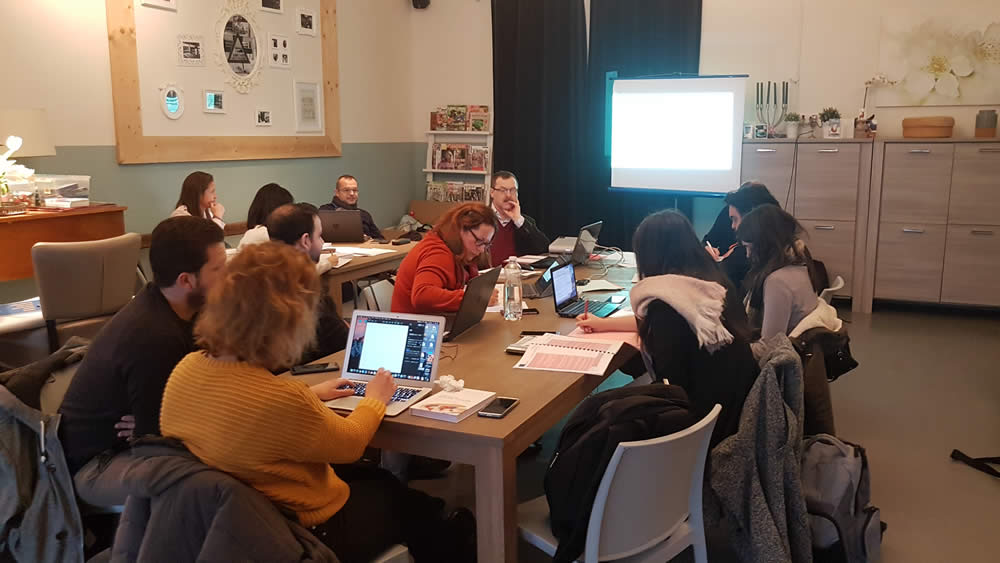 The third Partner Meeting of the 2REVIVE project took place on 10 & 11th of January 2019 in Gouda, Netherlands. It was hosted by the Dutch partner, In Dialogue. All partner organisations were represented during the meeting, namely the coordinator Avsi Polska (Poland), ECQ, CCI-Vratsa (Bulgaria), AccrossLimits (Malta), Informo (Croatia) and PRISM (Italy).

The meeting was taking place right in the middle of the project duration, since it is going to finish in December of this year. The consortium was having 2 busy days of work, since several intellectual outputs are under development currently. With the coordination of the Maltese partner AcrossLimits, an online self-assessment tool is being developed which can support potential second-chance entrepreneurs in understanding which skills they might need to focus on in order to be more successful while running a business. The partners has also started the preparatory steps for the elaboration of 2 other entrepreneurship supporting that will be created tested and shared later during 2019.

During the meeting the partners were presenting to each other the various work phases and results they have completed in the previous period and also agreed on the next steps and upcoming timeline of the activities. The partnership was also discussing the measures and activities that are taken in order to monitor and disseminate the results of the project towards targeted groups and individuals.

This project has been funded with support from the European Commission. This document reflects the views only of the authors, and the Commission cannot be held responsible for any use which may be made of the information contained therein.